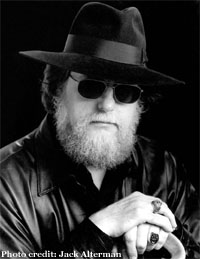 This is a post about a wise, bearded man who passed away yesterday. Most of you may not recognize him. This may not make any sense to those of you who have not read the Wheel of Time series.

He has been with me for the last 11 years, ever since a college friend introduced me to the series. He has spun this intricate fantasy world that has pulled me and a lot of my close friends in and never really let go.

How many times have I dreamt about channeling Saidin?

How many times have I looked at medallions in streetside shops and imagined myself to be Mat Cauthon with the foxhead, immune from the Saidar tricks of the scheming Aes Sedai.

How many times have I held ordinary pieces of trinket jewellery and considered them to be angreal?

Oh how many times did I wish I had a middle name, like the Forsaken and Aes Sedai of the Age of Legends? Like Barid Bel Meddar. Like Elan Morin Tedronai.

The pain I felt when Siuan Sanche was stilled.

The joy I felt when Logain was Healed.

The hours I spent scouring the web for WoT theories.

The hours I spent trying to guess who killed Asmodean.

The hundreds of times I reread the Rhuidean Age Of Legends sequences in TSR.

The unreal hope that Lord of Chaos would never end.

The creeping frustration of the lack of pace in Crossroads of Twilight.

The aching hope that Memory of Light will be completed and the wheel that started turning in 1990 would come full circle with Tarmon Gaidon.

The Creator has passed into the Light. But the memory of his Light lives on, even if his pathbreaking series remains incomplete. They say that great works of art are often left incomplete, like Michelangelo’s David. Robert Jordan was not as intricate as Tolkien. Not as gripping as GRR Martin and not has funny as Terry Pratchett. But he pulled me into his world like no other author ever did.

And it came to pass in those days, as it had come before and would again, that the Dark lay heavy on the land and weighed down the hearts of men, and the green things failed, and hope died. And men cried out to the Creator, saying, O Light of the Heavens, Light of the World, let the Promised One be born of the mountain, according to the prophecies, as he was in ages past and will be in ages to come. Let the Prince of the Morning sing to the land that green things will grow and the valleys give forth lambs. Let the arm of the Lord of the Dawn shelter us from the Dark, and the great sword of justice defend us. Let the Dragon ride again on the winds of time.

7 thoughts on “The Creator has passed into the Light”