Doordarshan. A name that evokes imagery of stately and erudite news readers and mind numbing footage of Giani Zail Singh cutting ribbons at state functions, Professor Yashpal (go well, dear sir) explaining Newton and UGC lectures with slightly less oomph than videos of paint drying. A state-owned, centrally planned, bureaucratically run symbol of the old India, a country that went from The World This Week to #HasShashiTharoorStoppedKillingHisWifeYet multi-panel debates in less than 2 decades, it’s not surprising that they want a change of logo. After all, changing nothing underneath and applying Maybelline to the porcine is the establishment modus operandi anyway. DD will still be a state-owned PR outlet but, they will be so for the “right” establishment.

So in order to take this right turn, the logo is being crowdsourced, one hears, and thus presents a good opportunity to tap into the collective wisdom of this great country. I mean, after all, why not tap into the cognitive surplus of those who comment “Hi dea my number 9XXXXXXXXX how much for one night” on YouTube videos.

But it’s not all that simple. The existing logo is rather iconic and any new effort will be benchmarked against the timeless elegance of the original. Eminent letterers-to-the-editors have railed against this move and members of India’s Strategic Think Tanks (Quora users) have held forth on the deep and profound “eye” symbolism that radiates Truth (Satyam), Beauty (Sundaram) and “I will burn you to the ground with my third eye” (Shivam). 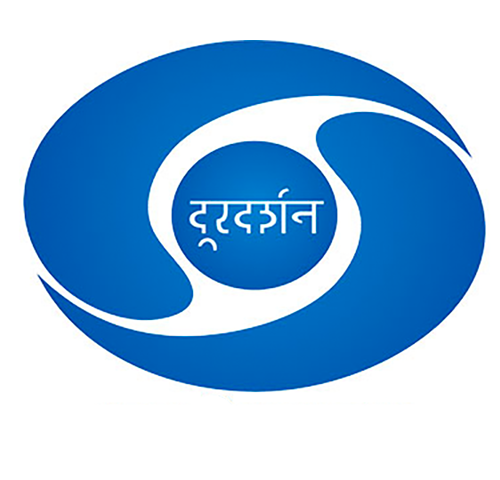 So a new logo for DD cannot be a complete departure from the classic original. As a logo designer, when I approach this brief, I first think of the components of this logo and I see 2 commas and an ellipse (the engineering view) or 2 eyebrows and an eyeball (the humanities view) and it strikes me that the new logo should attempt to use the same building blocks in creative new ways.

Let’s start with thinking about what news has become today. Is it still news? Or is it a dizzying vortex of hypervaandhi, a seizure inducing vertigo of endless minutiae and trivialities? So, a good way for the DD brand to connect with contemporary news watchers is to literally turn the logo into a vortex. And we can do this by simply using 4 of those commas in a clockwise spiral.

Of course, the Sanskrit tagline will need some changes. I recommend Asatyam (fake news) Bhramam (dizziness) Vimohanam (confusion). The good thing is that unlike the competition that promises sanity & delivers vaandhi, the new DD can talk the walk and walk the talk. 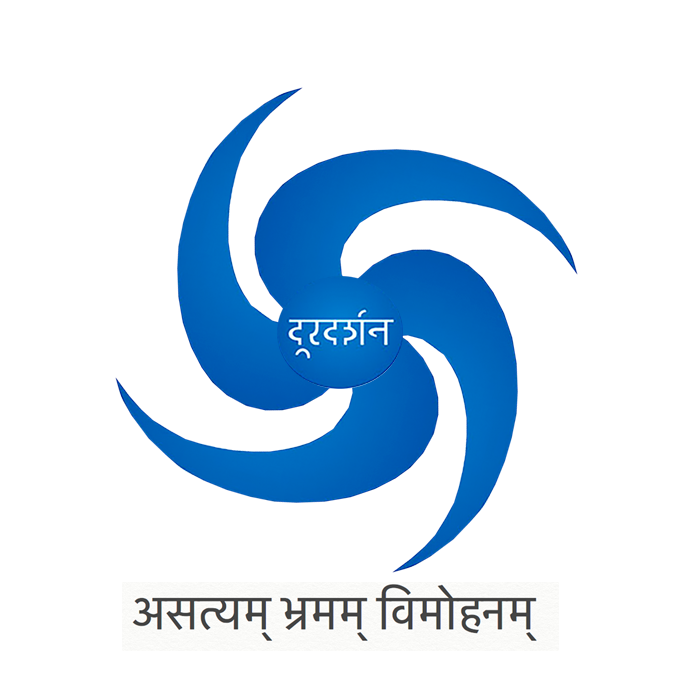 Many years ago, I found out that the name Doordarshan comes from the supernatural power that Sanjaya possessed to see action at a distance and relay the shock and awe of Kurukshetra to the blind king Dhritarashtra. But who are we kidding? TV predicted that people will vote against Brexit and Donald Trump, and TV came up with Bigg Boss. So, my suggestion is that rather than take inspiration from Sanjaya, why not take inspiration from the other guy? And turn the logo literally into a blind eye.

Logo Design Pro Tip: All you have to do to suggest a blind eye is to use shades of grey and a whitish cornea.

PS: A good exercise for the reader is to decipher what the updated Sanskrit taglines are.

In business, it is said that emulating the competition is not always a bad idea if you can execute it well. And there is really just one central supermassive black hole in the galaxy of Indian TV – Arnab Goswami. Every other channel has already started to copy his style, turning the entirety of 24×7 news into pointless shouting matches topped with grandstanding patriotism and epilepsy inducing graphics. So DD should go one step further and turn their logo into Arnab. 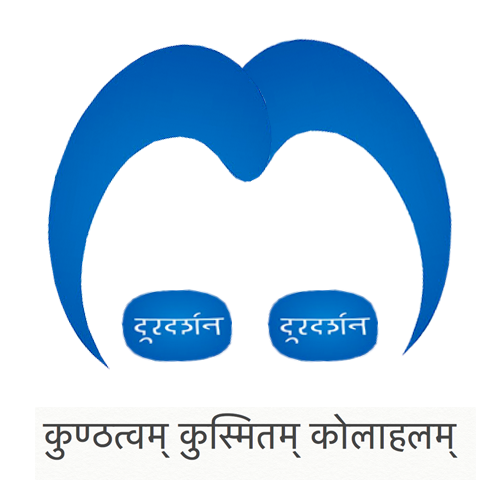 And they should follow that up and Arnabify all programming, even Krishi Darshan. The new Krishi Darshan will involve debates about whether Garlic Naan is a Pakistani dish and if Indian farmers are anti-national by planting garlic. Soap serials will involve fathers-in-law who look like Subramaniam Swamy and keep berating patriotic sons-in-law who wear double-breasted blazers and Brylcreem.

In today’s world, there is no TV without accompanying social media, sort of like dengue that accompanies monsoon flooding. Today’s reality shows and news programs use hashtags for everything. They help efficiently aggregate everyone’s opinions on, for e.g,  #ShouldWeForceTheChineseEmbassyToUsePatanjaliNoodles as a matter of geopolitical strategic interest, or #IsNepotismAProblemInAnIndustryWhereMostFilmStarsAreChildrenOfFilmStars and so on. DD could just warp-speed past the competition by literally turning their logo into a hashtag! And the way to do that is to put the regular DD logo on a diet and then take 2 of them at right angles and hey presto, you have a hashtag.

Logo Design Pro Tip: All I had to do for this one was to take the Vortex logo and remove one of the spinning arms. Designers are really lazy people who use such tricks all the time and cover it up with fancy sounding language.

And finally, India has a long and rich history of people taking the law into their own hands, like it was prasadam from a nearby temple. Over the years, we’ve seen goons barge into TV studios and express their displeasure over something or the other by the cunning use of office furniture rearrangement. If the new DD needs to compete with private networks, they will need to be edgy, controversial and clickbaity. But they could save us taxpayers money in furniture damage insurance premiums by adopting a logo that is, right now, the safest symbol in the country.

And that’s it folks. Feel free to outrage in the comments section about anything that offends you. Since this isn’t Twitter, I will mercilessly edit nasty comments into praise for Bigg Boss contestant Oviya #OviyaArmy.