The internet is filled with memes, and some memes have this annoying habit of not going away, like the Hitler downfall meme for instance. Just when we all breathe a collective sigh of relief at its demise, some jerk wants to tell the world that Hitler was not amused at some trivial issue, and every social news site, Twitter update and blog post flogs this dead Nazi horse again.

But, making a Hitler video at least takes some effort, at least 30 minutes of editing a transcript/subtitle file, unlike a few other memes that are so ridiculously easy to do that the internet seems to never get over them. LOLCats are an example. Just when we think we’ve had enough, someone unleashes (in this case) some Arial on Feline, and we get

I tried Lollucat, but quickly gave up because cats are not common pets in India at all. In fact, the only pets Indians know are plastic by nature and usually come bottle-shaped.

So my search continued for Indianizable internet memes. I came across the Archaic Rap meme. It’s an image-macro type meme where rap/pop song lyrics transcribed in archaic english are layered over Joseph Ducreux’ deliciously bizarre paintings from the 18th century. Since pictures speak 1K – 24 words and all that, this is what I’m talking about 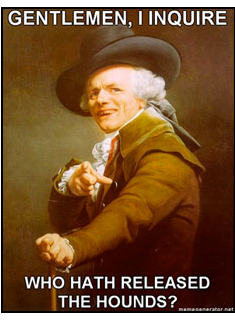 Wondraful I thought. How about we take cheesy Bollywood lyrics and do something like this? 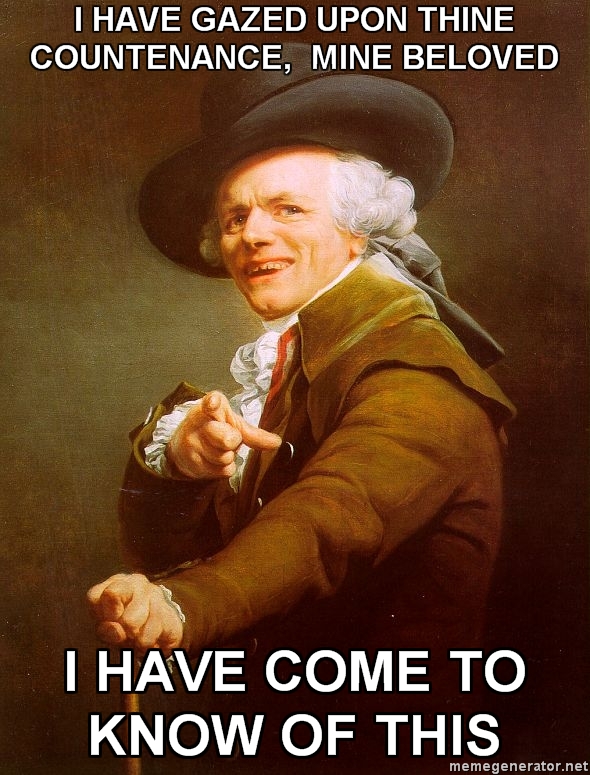 Nah. Just because we take a bowl, add a classical violinist, throw in a Ghatam player and season with a Bass guitarist and a drummer, we don’t necessarily get music. It’s sometimes called fusion, but it all seems a bit forced. French painter, archaic English and Bollywood songs seem a little too contrived.

My search continued, till my younger brother (no, not this one ) pointed out that the Rage meme was eminently localizable. 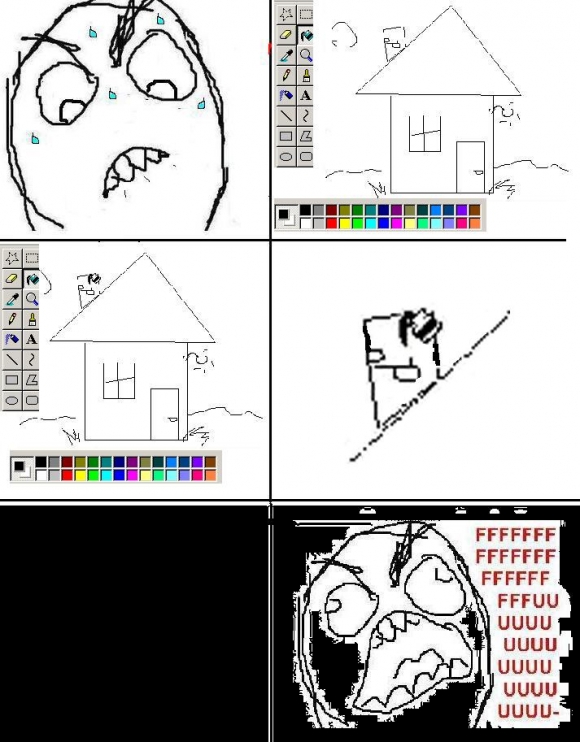 After all, aren’t we Indians generally the most pissed off people in the known universe? Aren’t we the noble, ancient and advanced civilization that, in its best, most well behaved mood, comments on rediff? And aren’t there enough things in India to go FFFFUUUUUUU about?

But, I’ll leave contemporary Indian FFFFUUUUUUUs to all of you. I present here instead, the EPIC FFFFUUUUUUU (click on image to see larger version) 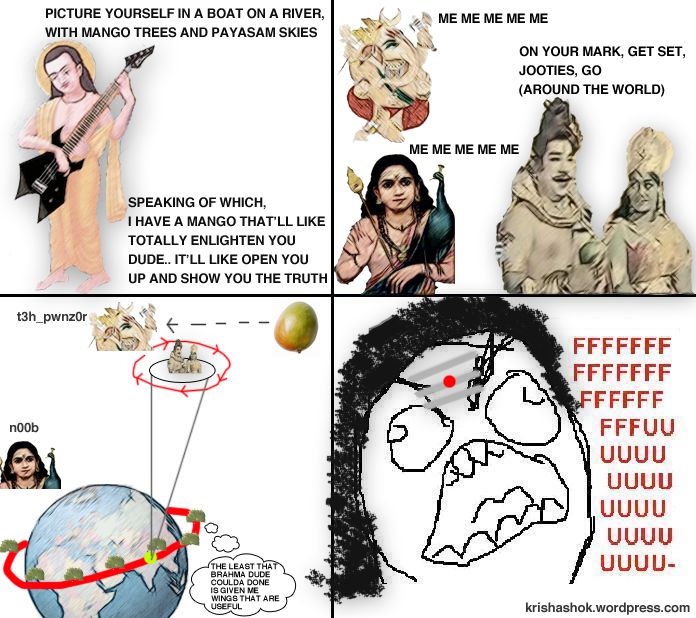 And the chap I believe deserves the most intense FFFFUUUUUUU

Bikerdude tells us of Mahabali’s rage 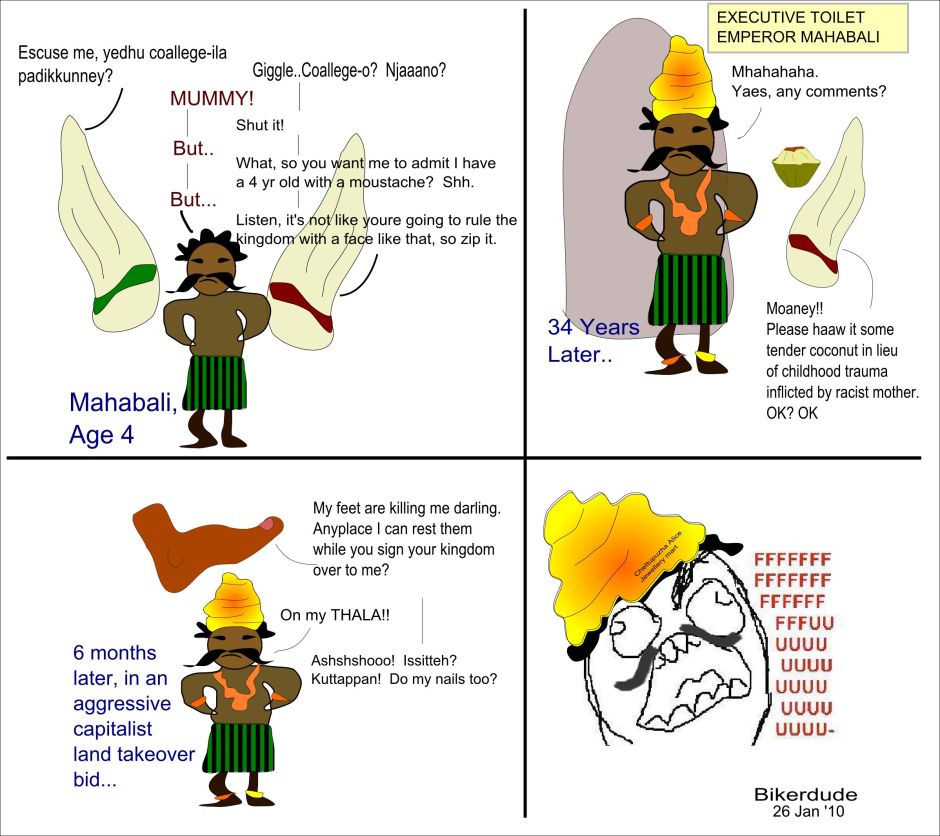 Maxdavinci feels some rage at our Head of State 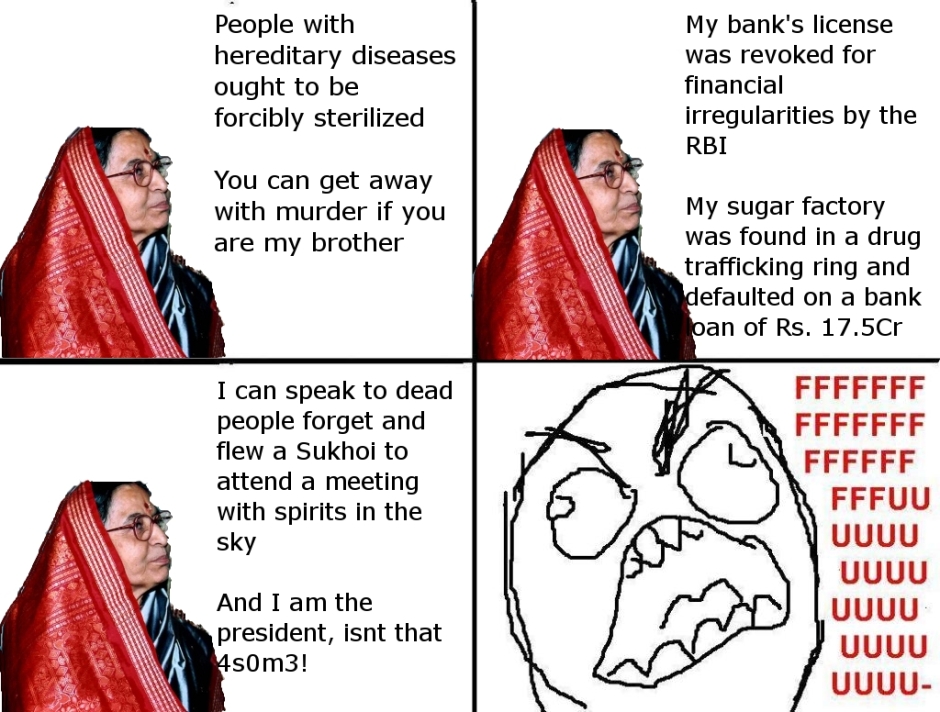 And Abhishek Upadhya switches from Arn00b only to find..

So folks, go for it. The template is here